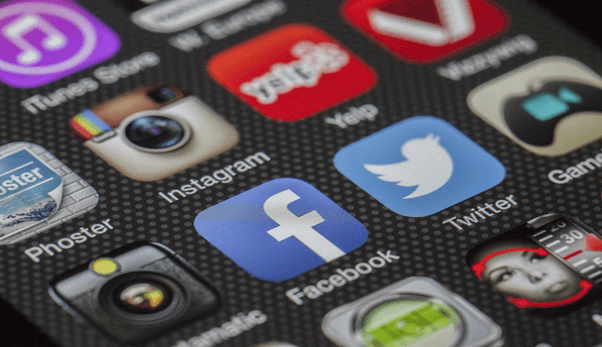 Discover everything you need to know about targeted advertising! We’ve put together comprehensive information to get you started on the right track. Read more to learn how to set up target ads on Facebook and Instagram.

The magnitude of advertisements has ballooned in the last few years. The growth of the Internet as a significant stream is mainly responsible for this trend. Yet, it is often seen that ignoring advertisements can be quite tricky since they have become much more relevant to daily life. It’s because of a concept known as targeted advertising, where marketers can offer content based on interests determined through viewing habits. The idea of targeted advertising has particularly caught on amongst marketers, as they can deliver a far greater success rate.

How Does It Work?

The majority of Internet users are not aware of ‘how does targeted advertising work.’ This leads to misconceptions and a fear of being spied upon, especially when ads appear to be in line with an individual’s thoughts. Unlike in a television or newspaper ad where it’s impossible to target an audience, the online environment makes it easier by sorting out various viewers based on the buying history, digital behavior, or demographics.

The information about users is collected through different sources, but the cookies stored on the computer – with the user’s permission – is the most important one. These tiny files can send information back to the site, using this data to provide relevant

The search engines also hold a lot of valuable data about users. The searches made by the user are analyzed to a great extent. These analyses are often used to display the paid ads that are so common on the result page of a search engine.

Even though tracking people’s behavior and viewing habits may not sound convincing initially, it does not take long to realize that the concept has provided a better online experience. Some of the various benefits of social media targeted advertising would be:

Since Instagram became a part of Facebook, the brand has welcomed many shared features like stories, common messenger, and more. It is not a surprise that many of their ad formats are also common, as targeted advertising definition is more about the audience rather than the format. The top advertisement formats available on these two platforms would be:

It is the classic format of displaying ads. Due to a feed on many social media platforms, it becomes easy for advertisers to come up with a photo ad in between the feeds. Aside from the picture, a standard description space is also provided where further information or even a link is available. The advertisers do have a load of flexibility in this area, as the photos can be in any shape – horizontal, square, or vertical.

Read More:  All You Need to Know About the Local SEO Ranking Factors 2022

The video advertisement format has gained a lot of traction in recent years. A marketer can achieve a high standard of presentation using videos rather than pictures. There are different rules for posting video ads on Facebook and Instagram. For example, Facebook does not impose any time limits, while Instagram only accepts videos if they are less than a minute long.

Rather than a single picture, carousels have become quite popular of late. This is because they can accommodate multiple images in a single ad. This kind of advertisement is particularly suitable in places where the Internet speeds are not so great. Further, there are situations where a picture does well rather than a video. For example, hotels and resorts would prefer to go with the carousel format where their offerings are displayed in the best possible manner.

The concept of stories has particularly caught on in social media, thanks to Facebook and Instagram. The stories section in both these platforms enjoys a load of visibility amongst users, who will be shown the ads when they browse from one story to another.

The Process of Setting Up The Ads

The process of creating a campaign for Internet targeted advertising is straightforward. Yet, it is essential to understand some more delicate elements to achieve higher levels of success. In addition, the process differs depending on the destination where it is deployed.

One of the early adopters of this concept, Facebook targeted advertising is extremely simple, and marketers will get their campaign up and running in just a couple of steps. They have to:

Identify the objective – One can promote just about anything on Facebook as it is not limited to just the Facebook page or a website. It can even be deployed for a local business.

Create the advertisement – Choose from the several modes of advertisement-supported on the site. One can even look at targeted advertising examples to ensure that they grasp the idea before going with the campaign.

Identify and filter the audience – Armed with more than 1 billion regular users, Facebook is immensely powerful in reaching out to many individuals. It is the job of the marketer to identify their target audience and filter accordingly.

Set the budget and duration – This part is very customizable and flexible, as a campaigner can decide to set the terms with fantastic precision.

It all goes down to practicing and experimenting. You will never achieve optimal results by just reading tutorials and how-to articles. Start by doing your first Facebook and Instagram campaigns, writing the copy for your ads, and hitting “Publish.” You might not get the best results instantly, but it will help you tweak details until you get it right.

How would you approach this? Would you do anything differently? Tell us in the comments!

Importance Of Digital Marketing In India